Transforming Retro Video Game Accessories is a project on LEGO CUUSOO created by vonbrunk on April 11th, 2012.  It originally featured only a Gameboy and Tetris game, but was later updated to include other models.

Update 7/29/2012: I've gone and added my other transforming robots to the batch -- three SEGA robots, which would need a different license, of course. The purpose of mixing them with Nintendo robots in a single entry is that in case Nintendo rejects the proposal, perhaps SEGA will pick up the idea and go with the Game Gear and Sonic games alone.

Update 6/10/2012: Due to fan requests, I'm adding my other transforming Nintendo items into the batch, such as the NES Zapper robot and the new Pokémon Red game/Moltres bird!

Update 6/6/2012: Since LEGO has recently canned the My Little Pony idea on the grounds that preexisting toy companies (i.e. Hasbro) can't be licensed, I'm removing the title "Transformers" from this toy's name, to differentiate it from anything similar to Hasbro's toys. With that said, these are now LEGO Game Boys that transform into bipedal robots/mechas, rather than specifically "The Transformers" toys. Think about it: Exoforce was the obvious attempt at LEGO to make a Gundam-style anime line, ergo this too is its own realm of similar-but-distinct toys!

We now return to your regularly scheduled CUUSOO entry. . .

These projects were made by me during the winter/spring of 2012 and in the recent months, gained plenty of attention amongst the video game and Transformers communities! Domaster is the transforming Nintendo Game Boy, whilst Tetrawing is his bird partner, who changes into a Game Boy cartridge. Now included are Plasmashock, the NES Zapper and Moltron, the robotic replica of Pokémon Moltres, who transforms into its respective game.

For Domaster: The two fake AA batteries double as weapons, which are fully storable inside the Game Boy unit. The logos are custom waterslide decals I created, which can hopefully become regular print-on LEGO tiles if this gets marketed. Plasmashock's large fusion cannon detaches and becomes the barrel of his gun in Zapper mode.

Creating these projects had me run into several engineering issues due to usage of limited kinds of parts; in other words, if this becomes marketed, hopefully LEGO can re-mold new parts to make the design and construction more sturdy and streamlined -- such as perhaps slightly changing the shape/size of a few Technic pieces -- as there are some minor problems with stability and strength. Think of this project as a prototype, which can be greatly improved upon when given into the hands of the finest toy engineers of LEGO! I'm sure with some additional improvements and newer part additions, this could certainly become a sought-after collectible for video game nerds, Transformers fanboys and fellow LEGO craftsmen alike -- united as one!

For Domaster (the Game Boy): A complete instructional guide with 3-D images generated by LDraw -- with a parts list courtesy of Peeron.com can be seen here on Instructables:

P.S. - As asked by a supporter, yes, Domaster transforms 100% without removing any parts (aside from the weapons)! Read the Instructables link above to see photos of the transformation cycle; the feet slide into the legs, the legs rotate and form the bottom of the Game Boy, the arms and head fold behind the back via Technic ball joints. As for Plasmashock, he transforms in a similar fashion, only his gun barrel becomes removed and repositioned, as well as his trigger. 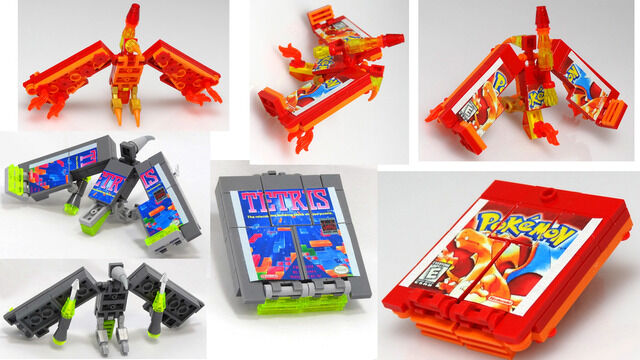 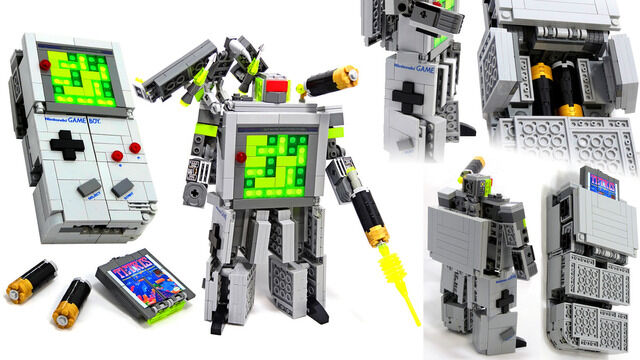 Domaster, thge Game Boy, with all angles and modes -- including the battery compartments. 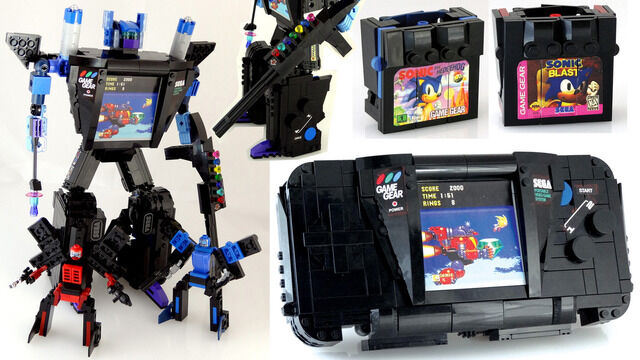 Gearhead, Knucklepunch and Supersonic: the evil Segacons, and although wouldn't use the Nintendo license, could possibly get picked up by SEGA if Nintendo rejects the idea. 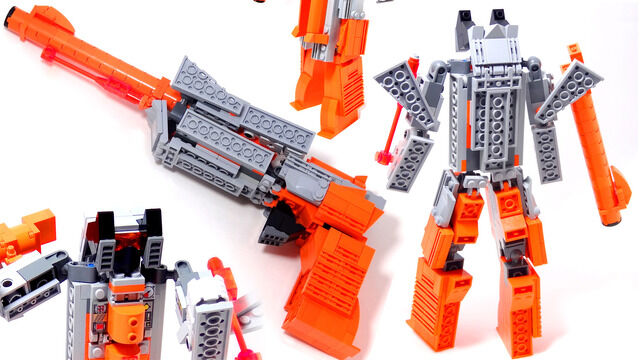 Glad to see all the "retro" game stations represented here! Batteries that double as weapons are always an added plus to a project.

We wish you good luck on your journey to 10,000 supporters!

Note: If your idea is selected, the LEGO Group will make the final decision on how your proposed product should be produced, the final design, applicable licenses, production run size, sales channels, etc. Please understand that our comments here do not have an effect on the LEGO Review that will take place if the project reaches 10,000 supporters.
The LEGO CUUSOO Team
Retrieved from "https://cuusoo.fandom.com/wiki/Transforming_Retro_Video_Game_Accessories?oldid=20838"
Community content is available under CC-BY-SA unless otherwise noted.